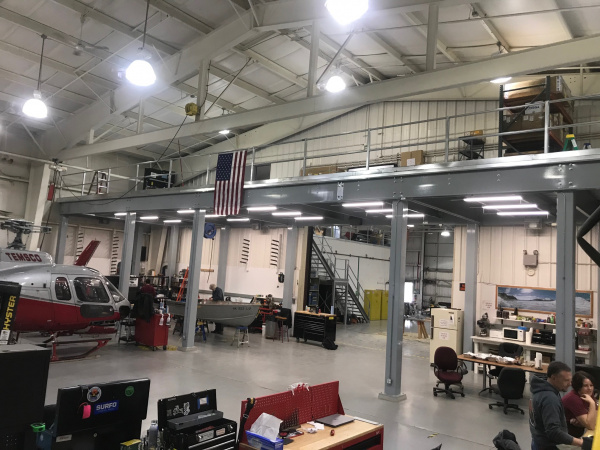 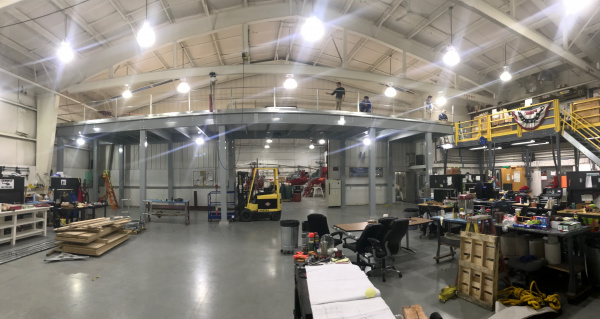 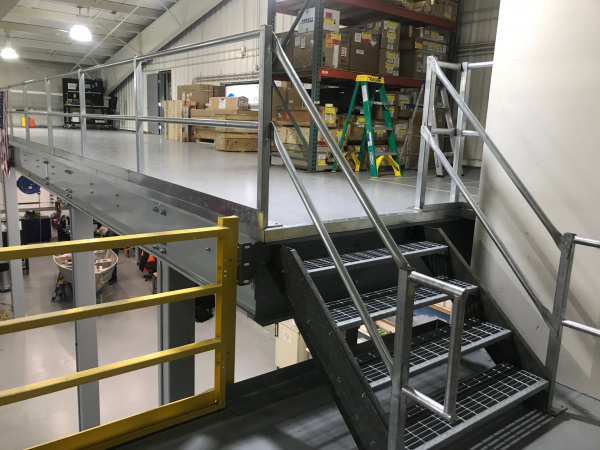 When DACO was contacted by a helicopter company in search of a hangar and additional office space, Larry Sifferman traveled over and began to measure up the space. The company’s current hangar was doubling as an aircraft holding space and an employee break area. Although, this space was simply too crowded and was unsuccessful in providing a space for both maintenance and relaxation. The company also had varying special requests to improve warehouse efficiency. For example, they hoped to have the proposed mezzanine closely match up in height to their existing mezzanine (that Daco had also provided over 15 years ago) and parts room so they could transition from one mezzanine deck to the other with ease.

DACO examined varying layouts of the proposed mezzanine, focusing specifically on the positioning of the stairs so as to maximize storage space as well as keep maximum deck platform space on the new mezzanine. In addition, the main hangar contained multiple columns and a circuit box was restricting the path of the helicopter. In order to combat these challenges and adhere to code, DACO sought out to find relevant solutions that would also add value to the company’s space.

Larry Sifferman and Manny Mejia from FCP Structures carefully measured the area and proposed multiple options for varying areas in order to satisfy each of the client’s requests. The end result included a staircase replacement and new incorporation on an adjoining room that would give them another access point to the mezzanine platform once they had installed a new door passage through the adjoining wall. The end result of this transaction allowed the company to utilize more of their space in a more efficient manner. And most importantly, the floor plan created a natural flow that allowed for a larger break area where each helicopter employee is now free to roam about their hangar… or just simply hang!

Ask a Question How can we assist you?